Fred Sharpe lived all his life in the small village of Launton, near Bicester in Oxfordshire. He learned the art of handbell ringing from the late Mr Richard White of Appleton, who in turn had connections with the Wells Bellfounders of Aldbourne. The Wells family had succeeded the Corr family, who were responsible for making the type of handbell that is in use by the present Launton Handbell Team. In fact one of the oldest bells in the set was cast in1696 by William Corr of Aldbourne and even has the bellfounders mark - a dabchick - inscribed inside the bell.
Fred Sharpe bought his first set of bells in 1925; a set of twelve by Henry Bond dating from 1860 - 1870. With these bells he was able in time to enlist the help of other family members to produce some early music and form the prototype of the present team. With just twelve bells nothing too ambitious could be rung but his collection had begun and he was now on the way to achieving his life's ambition. 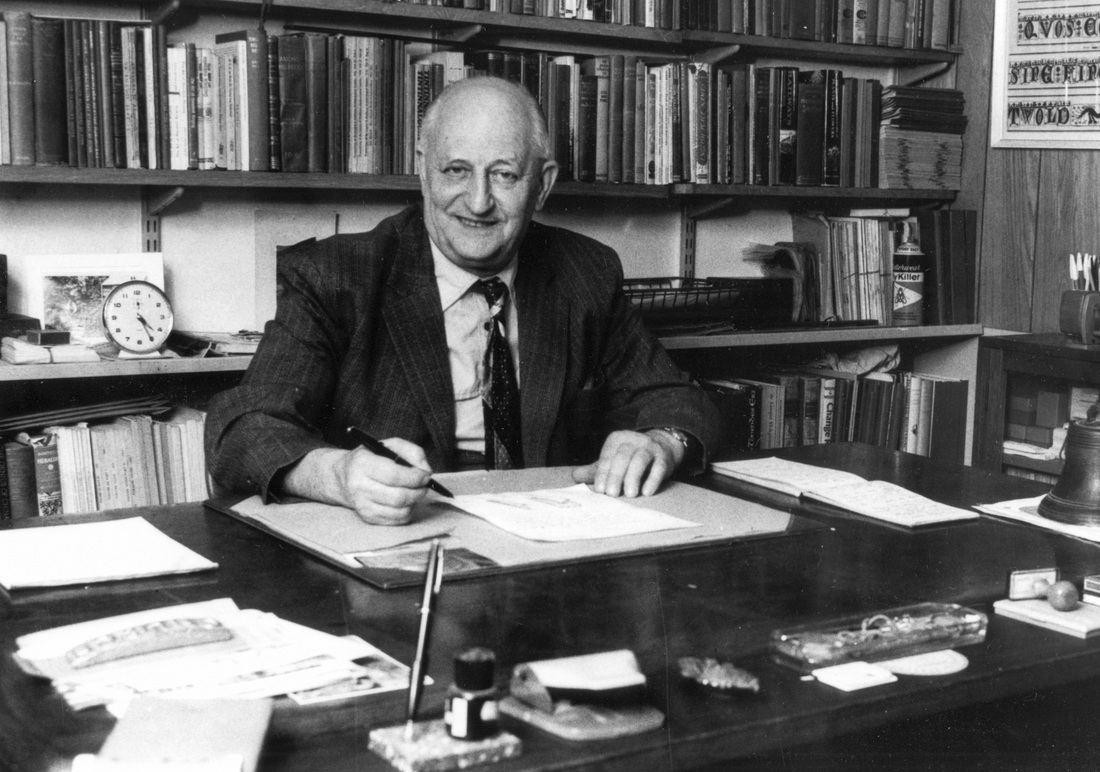 It was his ambition to collect an example of every known bell founder’s work from the reign of Charles the Second to the present day, and at the time of his death he was in fact just 3 – 4 bells short of that achievement. Of course not every bell he collected was ringable but in many cases it was one of the bellfounders works that he was looking for and therefore became part of his collection – a unique collection that was to become one of the finest of its kind in the world.
Fred persuaded a few of his friends to go out and play a few pieces of Christmas music, although it was not until 1951 the Launton Handbell Ringers were formed. At that time the team had grown to six members, drawn mainly from his parish church, St Mary's and his collection of bells had now risen to 54. The earliest performance date from our records was on 23rd June 1951 as part of the Festival of Britain celebrations at the Graven Hill Theatre, Bicester. The magical sound of the Launton Handbell Ringers was now beginning to attract attention so that in December 1951 the team was heard on national radio, and their first TV appearance followed in 1954.
All the bells were tuned to international pitch by Fred Sharpe and he also made all of the original clappers and leatherwork. Fred had decided that his team should play handbells using the four-in-hand method and that the music should be scored in bell notation using the ancient medieval modes. Using numbers to ring was a way of attracting new members into his team without them first having knowledge of how to read music, although anyone with a musical ear would soon have picked up the art.
Fred also transposed all the team’s music from the conventional form of music notation into bell notation, often a time consuming task involving many hours of dedication.
On his death in 1976, in accordance with his will, The Sharpe Trustees were set up. The Trustees were asked to administer his Trust and to continue his legacy as an outstanding campanologist and bell historian. The Sharpe Trustees were able to arrange for all the bells that did not form part of the playing set to be housed, along with all Fred’s papers, manuscripts and books in a secure location.

The present Launton Handbell Ringers are extremely grateful to the Sharpe Trustees for allowing the ‘performance’ set of bells to be used by them. The team is now run ‘by committee’ with a formal constitution and meetings to discuss forthcoming business issues. The present team is some eleven members strong, and although we can put out a team with just six ringers our normal performing number is eight to nine ringers. 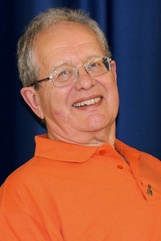